I can’t look a chicken in the eye anymore unless I ask it first if it’s free range. My family eats organic, right down to the kale. Yes, the natural food movement has changed the way we eat. We consider where our food came from, who grew or produced it, and how far it traveled to get to our plate.

Certainly — to throw some reality-check deionized spring water on the previous paragraph – the vast majority of American eaters are slugging down sugary drinks and sucking down deep-fried McSomething every day, but what was once the fringe domain of a few tofu freaks is now mainstream. You can buy stock in Whole Foods, which took in nearly $12 billion last year, and you can buy organic at Walmart and Costco.

Authors like Michael Pollan and Mark Bittman champion intelligent eating that will help us all live longer. I wonder, though, when those guys sit down to a meal with wine, do they drink organic? I’d like to think so. Laura Klein, publisher of Organic Authority, told me that people who eat organically would also be likely to drink organic, natural or sustainably-produced wine.

“It is a natural extension of their lifestyle,” she wrote me in an email. “Grapes can be one of the most heavily sprayed crops with pesticides, and those who want to limit their exposure to pesticides will probably want to choose wine made with grapes that are grown organically the way mother nature intended: without the use of chemical pesticides that damage the soil, environment and health of the workers that pick those grapes. In fact growers who use pesticides have to pay higher health insurance rates for their workers because of exposure.”

Although you can get organic wines in Whole Foods and Trader Joes, how can you find out more about them, and who are the champions for drinking the good (organic) stuff?

Alice Feiring has campaigned for wines with “nothing added, and nothing taken away,” and her book Naked Wine is a journey through the organic, natural and biodynamic vineyards of Europe and the US. Jamie Goode has worked to educate wine drinkers in his blog. Jenny Lefcourt of Jenny & Francois Selections imports wines from Europe and distributes American wines in New York. Importer Edward Field of Natural Merchants gets organic wine into Trader Joe’s and Whole Foods, and Paolo Bonetti is an importer championing organic at Organic Vintners. Annie Arnold, of the Organic Wine Exchange, works to educate consumers and retailers and is selling selected natural wines. (Disclosure: I am working with Annie on a natural wine PSA.)

As Jenny Lefcourt told me over coffee in New York, “I think we need all the voices we can get, and however diverse they are, from the smallest to the biggest, I think it all helps.”

One thing all these natural wine champions agree on is that wine made with minimal intervention tastes better and is better for you. One thing they can’t agree on is what to call this movement, and how to describe the wines that are part of it.

Just as people question the definition of ‘natural’ food and quibble over the purest way to prepare it, winemakers can call their work by any and all of these terms: organic, biodynamic, natural, naked, biologique, and sustainable. Whew! What’s a wine drinker to do?

As Paolo Bonetti of Organic Vintners told me, “People get confused by the terms organic and natural. At the end of the day, almost anything can be ‘natural.’ Even Kellogg’s Rice Crispies.”

My agency recently did an online poll for wine drinkers. We discovered that only 21 percent responding said they understood the difference between organic wine, biodynamic wine and wine produced by sustainable farming methods. Fifty percent admitted they ‘kind of understand’ the differences. Though 60 percent thought people who eat organic would also drink organic, they were split on how to clear up the confusion. Labeling on wine bottles would help, our survey respondents said, but we know how well the recent effort in California went to get better labeling on food. (Not well. Prop 37 was defeated.) Mark Bittman, writing in the New York Times, has advocated for better labels on food. Why not better wine labels?

In response to that question, Laura Klein, publisher of Organic Authority, wrote to me: “Transparency is key. Labeling wine that is made with organically grown grapes is important to the natural and organic consumer. And people with allergies or health concerns need to know how their products, particularly if they are allergic to sulfites.”

Sulfites? Yeah, there’s a lot of fun stuff in commercially-produced wine. Michael Michel, general manager of Mountain People’s Wine Distributing, sent me a list of legally-allowed wine additives. Check your wine label. It won’t list any of these chemicals, which might be swimming around in your wineglass: ammonium phosphate, diammonium phosphate, Benzoic acid, Carbohydrase (alpha-amylase, beta-amylase, glucoamylase, amyglucosidase), copper sulfate, potassium permanganate, sulfuric acid, defoaming agents like polyoxyethylene 40 monostearate, silicon dioxide, dimethylpolysiloxane, sorbitanmonostearate, glycerol mono-oleate and glyceryl dioleate, malic acid, tartaric acid, and even edible gelatin. Yum! That’s just the start – there are about 200 chemicals on the list. All of these additives have a purpose, believed to be legitimate by those who produce wine in industrial quantities.

“They add grape coloring juice,” Michael Michel told me. “They add acid. You know, obviously they add cork chips, they add all kinds of clarifying agents, they have mouth-feel agents.” He continued, “It’s not grape juice, you know. it’s a chemical concoction they’re doing to make wine.”

Funny thing, though. Wine is an agricultural product (grapes) grown by farmers. The soul of those grapes is present in the soil in which they’re grown, and in the sun that shines on them, and in the care wine people place in nurturing them. In Europe, where natural wine is more widely known, wine is produced by families, and often organically, with minimal additives. In the United States, the winemaking process is more industrialized, with lots of wine made cheaply and efficiently to end up on a supermarket shelf. To meet bottom-line considerations, and for consistency, those producers are likely to throw in some additives with long, unpronounceable names.

Nobody really knows what ‘natural wine’ means, but when you go to a local farmer’s market, you can see what natural, good food is all about. Natural wineries, retailers and marketers face similar issues faced by the natural food industry a few years ago. For starters, with market acceptance.

“Organic milk accounts for maybe 10 percent of all milk sales in America, said Paolo Bonetti. “And organic wine, according to the studies that I’ve done, is probably .1 percent. So the potential is huge to catch up with the rest of the organic industry.”

Certainly there’s a long way to go, but to me, there’s irony in to a foodie sitting down to an explicitly-sourced meal of organic everything, and picking up a glass of wine filled with mystery chemicals. There’s not much on that label that tells you what’s really in the wine. Do you really want to know? I do.

Lee Schneider is creative director at Red Cup, an agency using digital media to lead online campaigns, and the founder of DocuCinema, a production company making film, video and podcasts that help people collaborate.  He hosts a podcast called Techsmart that is an interview series about business applications and gadgets that are well designed, fun to use and make us better at what we do.  Lee also is a regular contributing blogger at The Huffington Post, on iMedia, and Over 50 Under Five.  Learn more about Lee Schneider and his accomplishments, or connect with him on LinkedIn
View all posts by Lee Schneider → 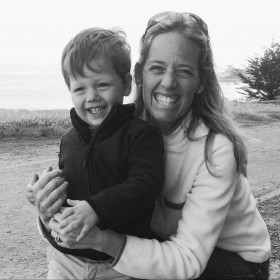